Thomas Daley, AIA Elected President of The Carpenters’ Company of the City and County of Philadelphia

Daroff Design Inc. + DDI Architects, PC is proud to announce that its principal, Thomas Daley, AIA - NCARB has been elected President of the Carpenters’ Company of the City and County of Philadelphia.
The Carpenters’ Company, founded in Philadelphia in 1724, is the oldest craft guild in the United States. Founded in the colonial era as an association of skilled master craftsmen and builders, its members designed and built many of the homes and civic buildings located in and around Philadelphia’s Independence National Historic Park, including Carpenters’ Hall at 310 Chestnut Street. It was here that the First Continental Congress met to begin the process of independence from England.
Nearing its 300th anniversary, the Carpenters’ Company serves as a civic forum for cooperation amongst many of Philadelphia’s architects, engineers, construction managers, builders and students pursuing careers in the building professions.
Tom Daley has been a member of the Carpenters’ Company since 2004 and has held a leadership position since 2015 when he served as Secretary of the Managing Committee, and then Chair in 2016. Over the last decade, he has been a supporter of the outreach and engagement of the Company’s expanding collaboration with the Construction Community, The National Park Service, and City of Philadelphia.
Mr. Daley has been a Principal at Daroff Design Inc + DDI Architects PC since 2017, overseeing the planning, design, and construction of higher education, workplace, hospitality, and ecclesiastical projects. Prior to joining Daroff, Tom was a partner in the firm of Daley + Jalboot Architects, a successor firm to Samuel Crothers Associates where he began his architectural career after graduation from Temple’s College of Architecture in 1981. He has been instrumental in the design and management of projects ranging from the renovation of the Moore College of Art + Design Library, to the expansion and restoration of the 500-key Pier 66 Resort Hotel in Fort Lauderdale, FL.
Daley is a member of the American Institute of Architects (AIA), certified by the National Association of Architectural Registration Boards (NCARB) and a licensed architect in Pennsylvania, New York, New Jersey, Delaware, and Florida.
For additional information, contact MaryVictoria Barr at maryvictoriab@daroffdesign.com
About the Carpenters' Company
Carpenters' Hall - Philadelphia
Carpenters' Company of the City and County of Philadelphia 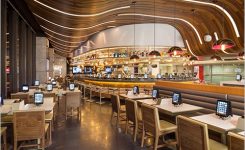 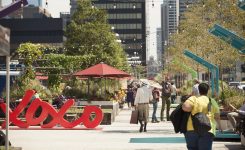 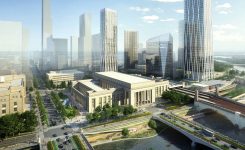 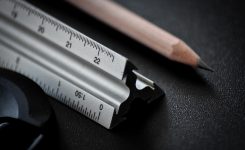 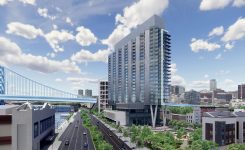 The Inn of Cape May, Historic Hotel Renovatio...

The Inn of Cape May, Historic Hotel Renovatio... 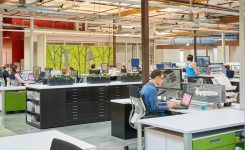 DDI has once again ranked with Interior Desig...